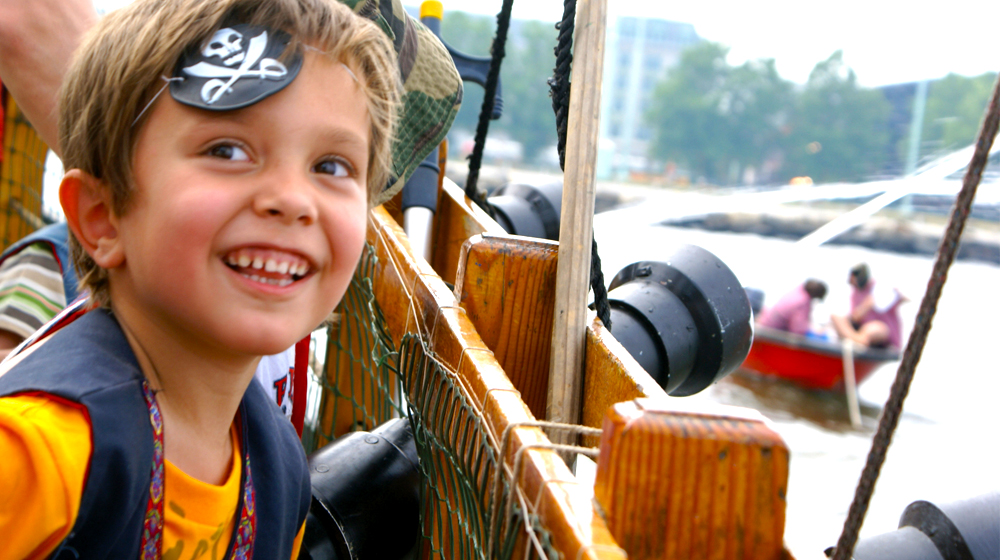 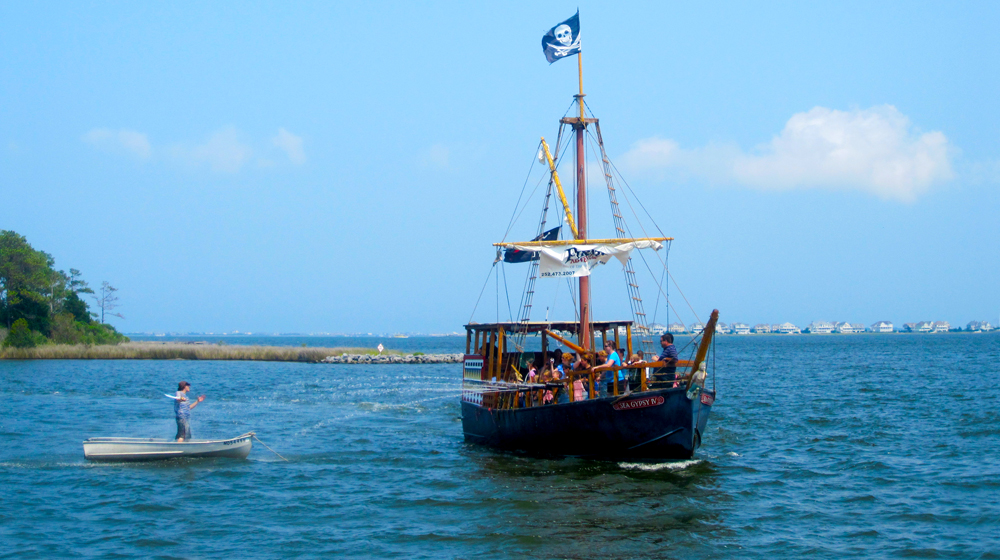 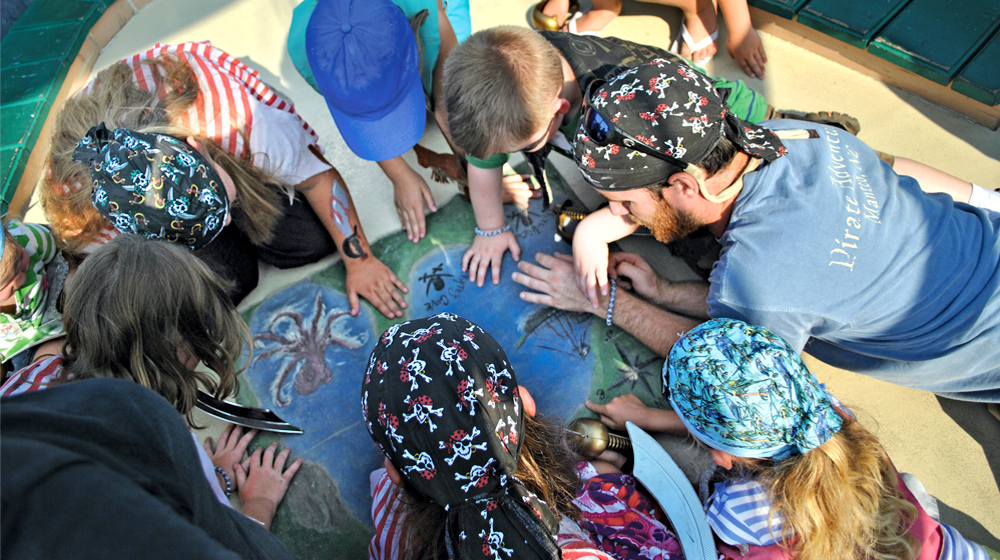 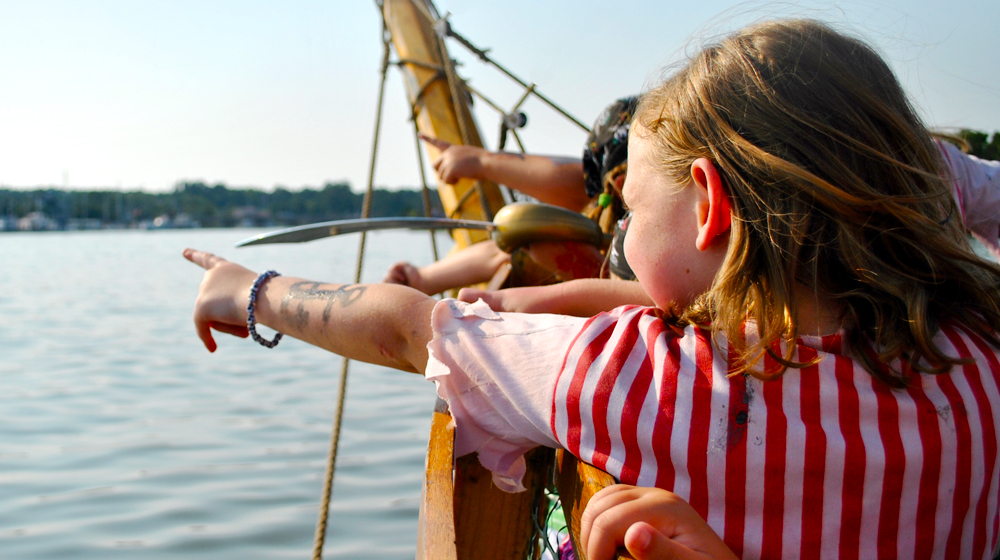 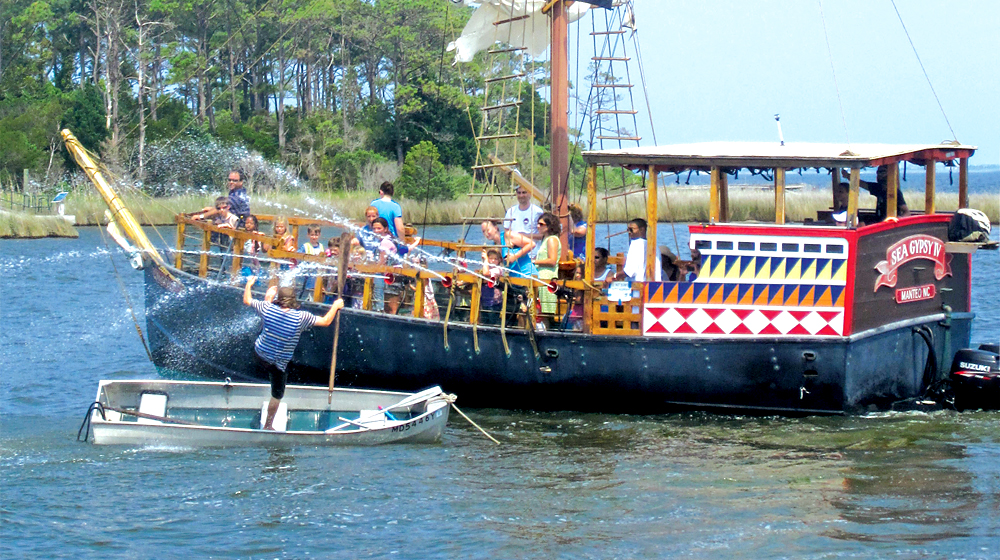 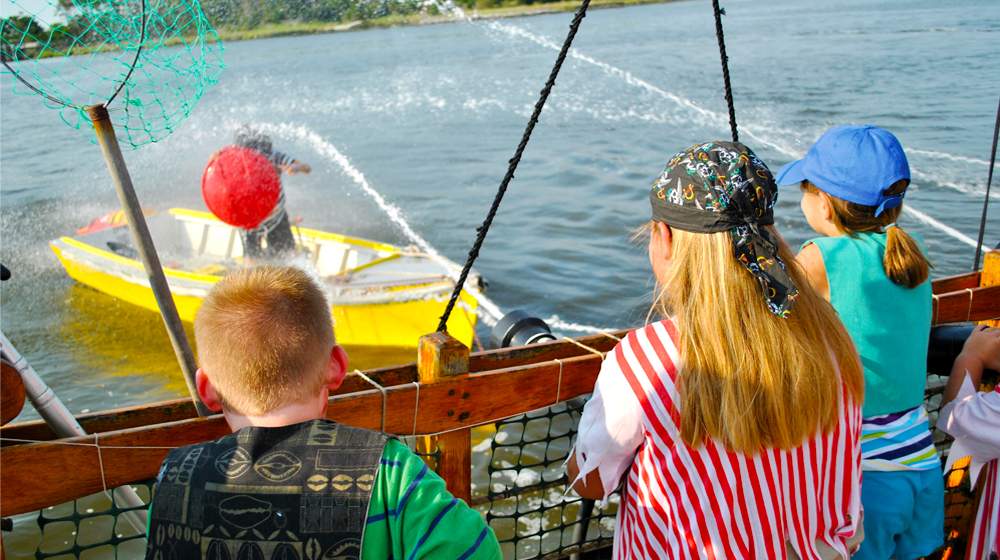 C limb aboard for the pirate adventure of a lifetime by joining the fierce crew of the powerful pirate ship Sea Gypsy! If you’re seeking kid-oriented, family-friendly Bradenton area things to do, Pirate Adventures of Cortez is a unique pirate cruise designed to enable children to live the pirate life as they imagine it. Watch as Pirate Adventures transforms your child into a fearsome pirate or beautiful mermaid, complete with face paint and costuming. Then follow along as they march off to the Sea Gypsy anchored nearby and embark on a real treasure hunt on the waters of Anna Maria Sound and parts of Sarasota Bay. Adventure awaits at every turn of the rudder!

After boarding the Sea Gypsy and learning the rules at sea, a mysterious message in a bottle alerts the young crew that Pirate Pete, the smelliest, most rotten pirate on the seven seas, is lurking nearby — and he has something our brave crew needs! Be there as the Sea Gypsy’s courageous pirate crew sails off in search of Pirate Pete. Experience a pitched sea battle as the ship’s powerful water cannons are used to defend the ship against the malodorous enemy. Will the crew defeat Pirate Pete and find the sunken treasure? (Hint: It’s a good bet they will). Watch as the determined crew studies a mysterious treasure map and charts a course to find and retrieve the sunken treasure!

You’ll be amazed how quickly Pirate Adventures’ crew taps into the wonder of a child’s imagination for a truly old-fashioned pirate adventure exceeding all of your expectations. Pirate Adventures is a unique Bradenton activity for kids and is the perfect solution for pirate-themed birthday parties, family day trips, field trips or just about anyone seeking child-friendly things to do in Bradenton and Sarasota. Most of all, it’s a great way to live out all those pirate-filled childhood daydreams. Sign on for this real life adventure and your child will be spinning yarns about his or her Pirate Adventures pirate cruise for years to come! Come sail away with Pirate Adventures of Cortez today!

Pirate Adventures of Cortez operates from the scenic Seafood Shack Marina, situated on the Intracoastal Waterway. We operate seasonally from January til September. Call (941) 226-5640 to make your reservation today!

And don’t forget to check us out on Facebook.

The location could not be found.